The MPC Section 2.03 states that “conduct is the cause of a result when:

a. It is an antecedent but for which the result in question would not have occurred; and
b. The relationship between the conduct and result satisfies any additional causal requirements imposed by the Code or by the law defining the offense.”

The MPC looks at the cause in fact and then the mens rea. In other words, a court should ask “What was the mens rea towards the actual result?” The MPC does not talk about causation in terms of foreseeability but in terms of remoteness. If the result was too remote or too accidental [MPC Section 2.03(2)(b)], the defendant will not be held liable (looks backwards). 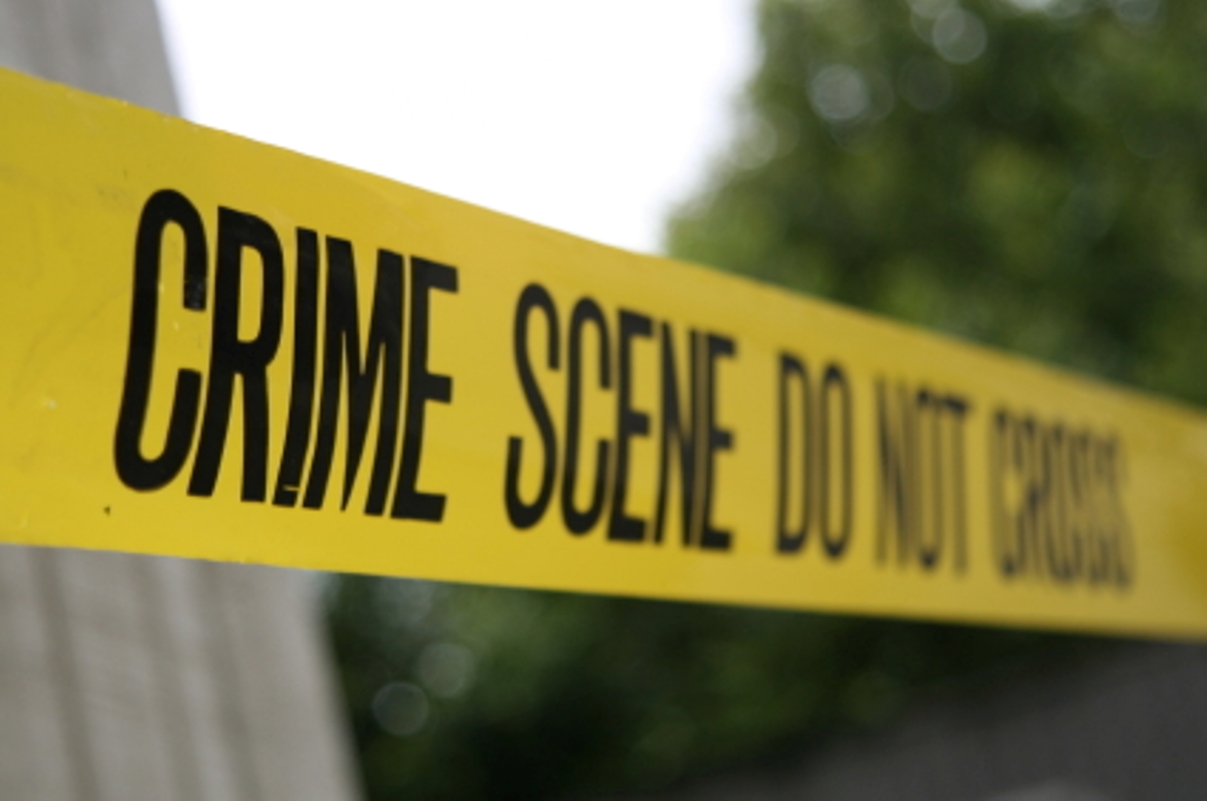 The difference between general intent and specific intent:

However, under a specific intent crime, the defendant’s mistake of law is a valid defense whether reasonable or unreasonable. (See Cheek v. United States).

Compare to Mistake of Fact Defense

Under the MPC Section 2.04, the defendant’s mistake must go towards negating the mens rea required for the crime. If the crime only requires general intent, the mens rea is going to default to recklessness.

See Regina v. Prince for an example of mistake of fact.

Compare to Mistake of Law

1.   Intentional – the defendant must have intended the conduct and the result of his conduct

2.   Knowledge – the defendant knew that the result was reasonably likely (focusing on the effect/result)

3.   Reckless –  willful and wanton (based on a reasonable person)

4.   Negligence – defendant did not exercise a standard of care that a reasonable person would have exercised in similar circumstances

2.   Knowingly – “high probability;” the focus is now on the conduct as well as the result;

3.   Reckless – “substantial and unjustifiable risk;” a conscious disregard that the result will occur (defendant does not know about the result); looks at the offense from the defendant’s (subjective) and reasonable person point of view

4.   Negligence – “should be aware;” objective standard that looks for justifiability

Common law defined criminal conduct by first looking at the mens rea or the offender’s “guilty mind.” Second, the common law looked at the actus reus or the offender’s “guilty act.” Finally, the common law weighed in the attendant circumstances. An important skill for a law school student is to be able to locate the mens rea, actus reus, and attendant circumstances in a definition of a crime.

For example, common law battery was defined as:

“The offense of battery occurs when a person actually and intentionally touches or strikes another against his or her will.”

Here is the common law definition of battery with the mens rea, actus reus, and attendant circumstances highlighted:

“The offense of battery occurs when a person actually and intentionally touches or strikes another against his or her will.”

Law school students should also know that under common law, the mens rea only modified the actus, not the attendant circumstances. Under our modern view, the mens rea modifies everything in the definition.

Much debate surrounds how to punish criminal offenders. Social norms, necessity, and social desirability are some of the factors that lawmakers balance when developing punishment statutes. Two different schools of thought, in regards to punishment, are discussed below:

Premise: General punishment will deter the public from committing a crime

Utilitarian Theorists believe that punishment should be developed based on what is best for the public as a whole. A major focus is on the deterrent effect of a criminal statute because if a criminal statute deters a criminal act then the public benefits because the crime does not occur. Utilitarian theorists are “forward looking” as opposed to retribution theorists, discussed below.  The goal of utilitarian theorists is to prevent a crime from happening again. In a general sense this means that the punishment for a certain crime needs to be greater than the possible reward for committing the crime. A utilitarian theorist believes that if this appropriate level of punishment is met, most individuals will be deterred from committing the crime.

One of the problems with this approach is that it is often difficult to put the public on notice of the punishment of a particular crime. For example, most of the public is unaware of the exact punishment for petit larceny. Without notice this theory is practically thrown out the window because an individual cannot be deterred, in accordance with this theory, if he does not know the potential punishment. Another problem for utilitarian theorists is that, for the theory to work properly, other factors such as moral culpability or remorse cannot be weighed in determining punishment. If the public does not believe that punishment is consistent for every offense of a certain crime then, even with notice, the potential punishment may not deter an individual from committing a crime. Finally, even if punishment was consistent and the public had actual notice of the punishment for a crime, studies are conclusive on whether punishment is actually a deterrent to potential criminal offenders.

Premise: Specific punishment will reduce the rate of recidivism

Utilitarian Theorists believe that punishment should also be specifically tailored to the individual so that he will not commit future crimes. For example, an utilitarian theorist would believe strongly in incarcerating, or incapacitating, an individual who is likely to commit another crime (incapacitating could include the death penalty). If a criminal offender is in prison, he cannot commit another crime against the public. The practical problem with this belief is that it is hard to identify specific individuals who will become repeat offenders. In addition, this belief may be in conflict with the idea of punishing consistently. For example, if it is unlikely a criminal offender will repeat, than incarceration may not be the proper punishment. However, another criminal offender, who committed the same crime and the justice system believes is likely to repeat, may be incarcerated. The public may then believe that punishment is not consistent and therefore punishment will lose some of its deterrent effect. Finally, utilitarian theorists believe that rehabilitation of criminal offenders is good because they want to change the individual. However, studies are not conclusive that treatment programs really work.

Premise: The punishment must fit the crime

Retribution Theorists are “backward looking” as opposed to the “forward looking” utilitarian theorists. Their beliefs could be summed up as “an eye for an eye.” A retribution theorists looks at the suffering of the victim to determine the level of punishment. The punishment of the criminal offender should be proportional to the suffering of the victim. This theory may also look at social norms when determining punishment. For example, a society may view the harm caused by cannabis to be less than the harm caused by cocaine so the punishment for an individual convicted of possession of marijuana may be less than the punishment for an individual convicted of possession of cocaine. One disagreement with this approach is that a retribution theorist does not care about future conduct of a criminal offender. Opponents of retribution theorists believe that this theory will not deter an individual from recidivism.

Facts: Nolan was convicted of embezzlement but appealed because he believed he should have only been charged with theft. Nolan worked for a loan and collection company. As customers made payments, they were placed in the cash drawer and at the end of the day, Nolan would take some of the cash. Nolan’s accomplice, who prepared the report of daily cash receipts would then recompute the adding tapes to equal the remaining cash.

State’s argument/Concurring Opinion: The Maryland Code only requires that the defendant be employed by the master, the defendant took the money into his own possession for and on behalf of his employer, and then he fraudulently appropriated it to his own use; the evidence seem to establish these elements to the satisfaction of the jury.

Defendant’s argument: Nolan did not take the money until it had been placed in the cash drawer and balanced at the end of the day. He only took the goods out of the owner’s possession which constitutes larceny, not embezzlement.

Concurring: Justice Prescott argued that the majority made the distinction that the offense was larceny and not embezzlement because the money went into the drawers before its fraudulent conversion. This decision, he argues, seems to place the law in an unfortunate and somewhat indefensible position.

Facts: M’Naghten was indicted for the murder of the secretary to the prime minister when he sought to assassinate the prime minister. M’Naghten had many prominent medical experts that provided testimony that he suffered from acute insanity. The jury returned a verdict of “not guilty, on the ground of insanity.”

Legal Answer: The House of Lords determined that “every man is to be presumed to be sane” until the “contrary be proved to their satisfaction.” The House required that to establish a defense on the ground of insanity, it must be clearly proved that, at the time of the committing of the act, the party accused was laboring under such a defect of reason, from disease of the mind, as not to know the nature and quality of the act he was doing; or if he did know it, that he did not know he was doing what was wrong – this should not be a question of “actual knowledge of the law of the land” but the presumption that everyone must be taken conclusively to know it, without proof that he does know it.

Facts: Toscano was charged with conspiracy to obtain money by false pretenses (through insurance fraud). At trial, Toscano testified that he was under duress after Leonardo, the conspiracy organizer, made threats to Toscano and his wife. The trial judge did not allow the jury to consider the Toscano’s evidence of duress.

State’s argument: Toscano was not under duress because there was not a threat of impending death or serious bodily harm that was imminent, present, and pending. Toscano could have sought police protection and help.

Defendant’s argument: The trial court should have allowed Toscano’s evidence of duress because it was because of the threats to him and his wife that he was involved in the conspiracy to begin with.

Reasoning: Toscano provided a factual basis that he and his wife were threatened with physical violence if he refused to assist in the fraudulent scheme. A jury may have found that the threats induced a reasonable fear.